Sintel Forms allows for quick setup of lookup fields on a form – including the possibility to make one lookup field dependent on another:

To set up the above example we need to have two lists – Cities and Countries – set up in SharePoint. Cities should have a lookup field pointing to Countries:

Also, the main list that will be used by Sintel Forms should have both “City” and “Country” lookup fields present. The list should have Sintel Forms activated on it, and these fields should be added to form layout (you can read more about enabling Sintel Forms on a list in this article).

Additionaly, the cascadingDropdowns JavaScript function should be used in the Logic section of a form:

Now, this feature is scalable, which means that you can have multiple levels of lookup fields being dependent on each other.

It only requires adding another lookup list and field: 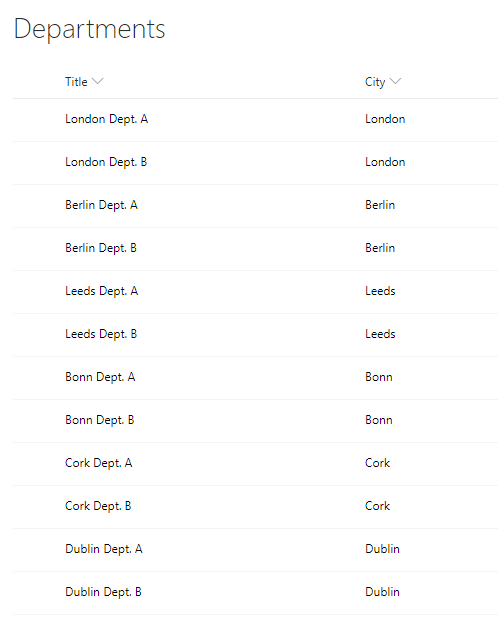 Also, you’ll need to add another cascadingDropdowns call into the Logic:

To read more about the cascading dropdown feature, and other features of Sintel Forms visit Sintel Forms Help Center page.

For the latest updates from Sintel and any of our products follow us on LinkedIn or Twitter.